Is the Junk Removal Market Saturated? Not if you Commit to Dominate 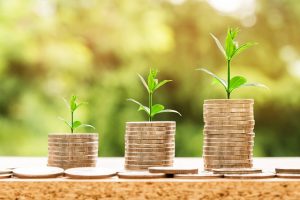 For many years workers who were laid off or sick of their jobs chose junk removal and hauling as their choice to go out on their own finally. Individuals have been hauling junk since the horse and buggy days as a way to make money. Back then they often weren’t paid much or anything at all for the hauling. Though they were able to keep the money the items brought when they were sold. As our society began to throw more stuff away, companies began to be able to charge in the 80’s to remove items. And the modern junk removal company was born to dominate the junk removal market.

The Junk Removal Market Growth Over The Year

Throughout the 90’s and much of the 2000’s junk haulers began popping up in many areas. When sites like Craigslist went live smaller operators could post ads on Craigslist to get work. Our entire first year of operation at Junk Doctors was work we mainly got from Craigslist. There was just a few of us on there, and we were able to get some good business off of it.

The issue with Craigslist then, and it has only gotten worse, is it was hard to charge a rate high enough to support paying two guys other than yourself. There was just enough meat on the bone to pay you and one helper. There wasn’t any excess meat though. So if you were looking to scale and grow a business, you were unable to be on Craigslist.

We recognized we weren’t going to get to Got Junk’s level by playing around on Craigslist for eternity. We started bumping around on the web and discovered this thing called Google AdWords. Though AdWords had been around since 2000, there weren’t many junk removal companies that were using it. And the click was very cheap. We were able to get in there and be very competitive at $3 or $4 a click. Nowadays for a similar position, you are more like $10 or $15 a click. Big difference! Lot more competition in the junk removal market.

Find out about our Ads and SEO Management here: Marketing Services

There are several reasons why many people get into junk hauling. One is they believe it will be a pretty cheap market to get into with little upfront cost. It is less up front than many businesses but to do it right it will require a large cash outlay to attract new customers. If you don’t make that investment in marketing, then you are going to be running with all of the bottom feeders. That means that you could very well survive for a while. You could very well grow to be the king of the bottom feeders. But at some point, a bigger fish is going to come along and eat you.

Don’t even think about getting into this business if you are going to have to be a bottom feeder. There isn’t much money at the bottom anymore. The established bottom feeders might do OK for a while yet. But the new guys will find it one crowded space to get ahead. If you must play at the bottom, you need to be living as cheaply as possible and investing back in your business to try to make it to the top. That’s what we did. But it’s a completely different ball game now. It would be tough to do what we did.

One of the trends in business over the last few years has been people trying to develop the next Uber for their particular service. Junk removal is no different. Several sites such as Takl.com for example.

There is a proven model to massive success in this business. It is avoiding unnecessary expenses such as a large office early on and focusing on advertising to get more customers. If you don’t have the money to withstand a $950 a month truck payment PLUS aggressive advertising, then get a cheaper truck. Some customers might not like the cheaper truck, but the majority just want their junk gone. You might get less business from people seeing your vehicle, but that’s pennies compared to what’s available with aggressive online advertising and Search Engine Optimization. However, If you have limited funds, spend money to increase sales before spending it on anything else.

“Spend money to increase sales before spending it on anything else.”

The quickest way to a junk removal business that is bringing in large amounts of money is to be able to live off of other income or money for about the first year to two years of operation. If you can do that then by year three, you’ll have a business that is bringing in some great cash flow. Year one might see around $10,000 in free cash flow with this aggressive model. You might see around $35,000 free cash flow in year 2. Year 3 cash flow could be over $100,000. And $175,000 to $200,000 in years 4 and 5 is most certainly attainable. You can expect 60 percent plus growth year over year in an aggressive growth model junk removal business.

Always be improving every aspect of your business. Make sure you maintain your trucks, so you don’t have a lot of downtimes. Make sure they’ve got noticeable graphics and a good appearance. You want every part of your business to scream professional. Don’t put off vehicle maintenance to save on money. It’ll always cost you later on. Inject so much cash back into your business that it eventually starts spitting it back out at you.

“Inject so much cash back into your business that it eventually starts spitting it back out at you.”

If you don’t commit to dominating your junk removal market, then you will fail. You will be an also-ran in the junk removal market space that might be able to make an OK living but certainly never get rich off this business. For those of you looking to make some serious money in a business if you are going to choose junk removal you best be willing to invest some time and money into it to be successful.

Lee Godbold is the co-founder of Junk Doctors, a $3 Million a year junk removal business in North Carolina, and Junk Removal Authority, the junk removal industry’s premier provider of information and support.