How Much Does Junk Removal Cost?

Many customers who are first time junk removal customers have one question on the mind. How the heck does the pricing work? Most people have no idea as to what it costs or how it is priced. The Junk Removal Authority is a network of locally owned junk removal companies throughout the country. Because we are nation wide we have a good understanding on how pricing works for junk hauling services. There is a common thread amongst most companies. We will touch on that. And we will also touch on how some other companies charge.

The most common way for junk removal companies to charge is based on the amount of space your items take up in the junk hauling trucks. There is typically a minimum charge of around $100-$150, depending on your area, and then there will be 10 or 12 price points in between. Some companies may have fewer or less. But that is the typical way of pricing.

Why Does Junk Removal Cost So Much?

So some people wonder, “why the heck does junk removal cost so much?” Especially when it comes to minimum load jobs. All professional junk removal trucks must pay their team members well, have auto, general, and workers compensation insurance, pay payroll taxes, maintain their vehicle, pay advertising costs so you can find them, pay team members drive time, purchase supplies, pay disposal fees, etc. There is a lot of cost to provide a junk removal service. And the business owner deserves to make a little too! On the average minimum load job of $125 the business might only profit about $25, depending on what you have. 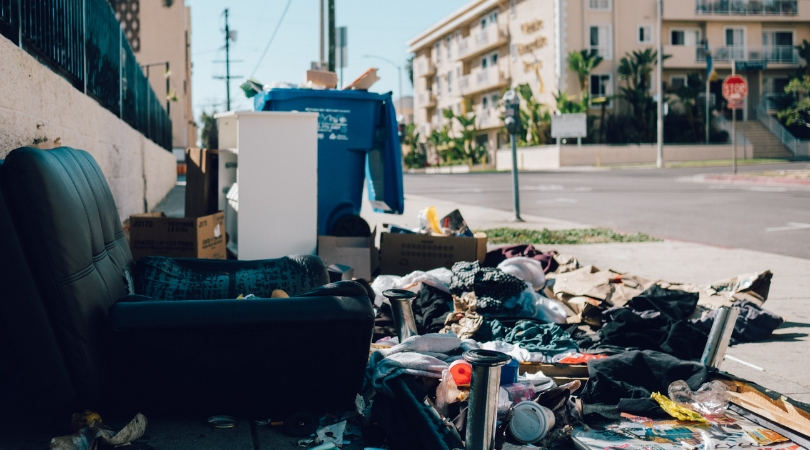 How Long Will The Job Take?

Another variable for cost is how long will the job take? The JRA partners go with the industry standard of allowing 1 hour per half truck load of junk removal. So if you have ½ load or less our teams should be able to move out a fast enough pace that they can load the truck in under one hour. If it’s a ½ load or higher than it should be able to be done in under two hours. If that time is going to be exceeded there should be an extra charge for time attached to it. This figure would still normally be provided up front before the junk hauling job begins.

Other common price differences have to do with disposal and recycling fees for certain items. This can vary widely around the country. Some places might charge a volume rate plus $10 or $25 per TV or computer monitor. Some areas might charge a rate of 50 cents per pound for the recycling of a TV. Most junk removal companies have a tire recycling fee of $5-$10 per tire. However, some states such as Deleware charge $250 to dispose of 4 tires! That cost must be passed on to the customer should you want us to take them. Disposal and recycling rates that junk removal companies have to pay vary incredibly throughout the country. You might wonder why are those items a higher rate? Normally junk removal companies are charged extra to dispose of those items and they must make up for that charge. The company likely has to go to a separate facility to recycle TVs and tires than they do to dump the trash as well. This is an increase in drive and load time that must be passed onto the customer. 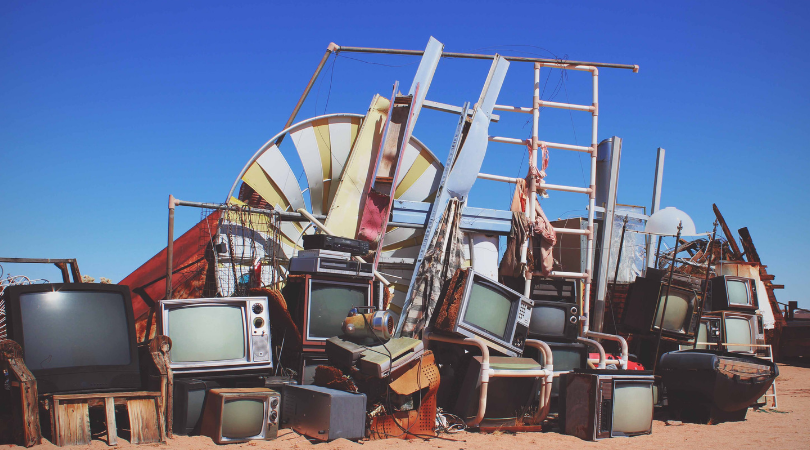 One other variable for pricing trash removal is if there is a significant amount of bagging that needs to be done. The bags junk removal companies use are generally not cheap. They cost somewhere around 25 cents per bag. That can obviously add up tremendously if you are doing a 50 or 100 bag job. For that reason many companies will charge extra for trash bags.

Some non-JRA haulers will charge rates that vary from job to job. One company we know of actually has scales on their truck and charge based on the amount of weight they pick up from you. The truck is weighed at beginning of job and then at the end of the job. You are simply charged a rate per ton of junk removal. That approach to junk removal pricing does make it a bit more difficult to quote a job before hand because you won’t know the exact weight.

Other ways some companies charge is a hybrid approach. They will have a base rate for the volume of junk removal. Then they will add on a labor fee on top of that based on the amount of work to get the truck loaded.

So is there a big difference in pricing for junk removal companies? Honestly, no there is not. It costs all of the companies pretty much the same to be profitable. It also isn’t uncommon for companies to do a bit of bait and switch. You call different companies to get quotes and you are provided with prices. You make a decision and schedule a company. Once the company is on site all of a sudden the price goes much higher. This is classic bait and switch and isn’t uncommon for junk removal companies who are simply trying to get the booking and aren’t worried about their long term reputation. They will get you to book then change the price on site. Many customers go along with it because they have to get the job done. The short sighted junk removal company takes the profit and doesn’t worry about the bad business. They just go onto the next one with the same strategy. Again, junk removal companies mostly charge the same thing if they are licensed and insured. They charge what they have to in order to make a living.

One of the final variables on junk removal price is if you choose a franchise to work with or a locally owned company. The franchises must send 10-15 percent of revenues back to the franchisor in the form of royalties. That means local companies can generally have lower prices because they don’t have to pay that royalty. The Junk Removal Authority is a national group made up of locally owned junk removal companies that are held to the same or greater standards as a franchise but at a better price due to no royalties. To schedule a pickup and estimate simply enter your zip code or give us a call. We look forward to helping you live a junk free life.

When You Should Consider Throwing Away Your Old Furniture

Where Does My Junk Go?

Deciding Between Junk Hauling and Renting a Dumpster